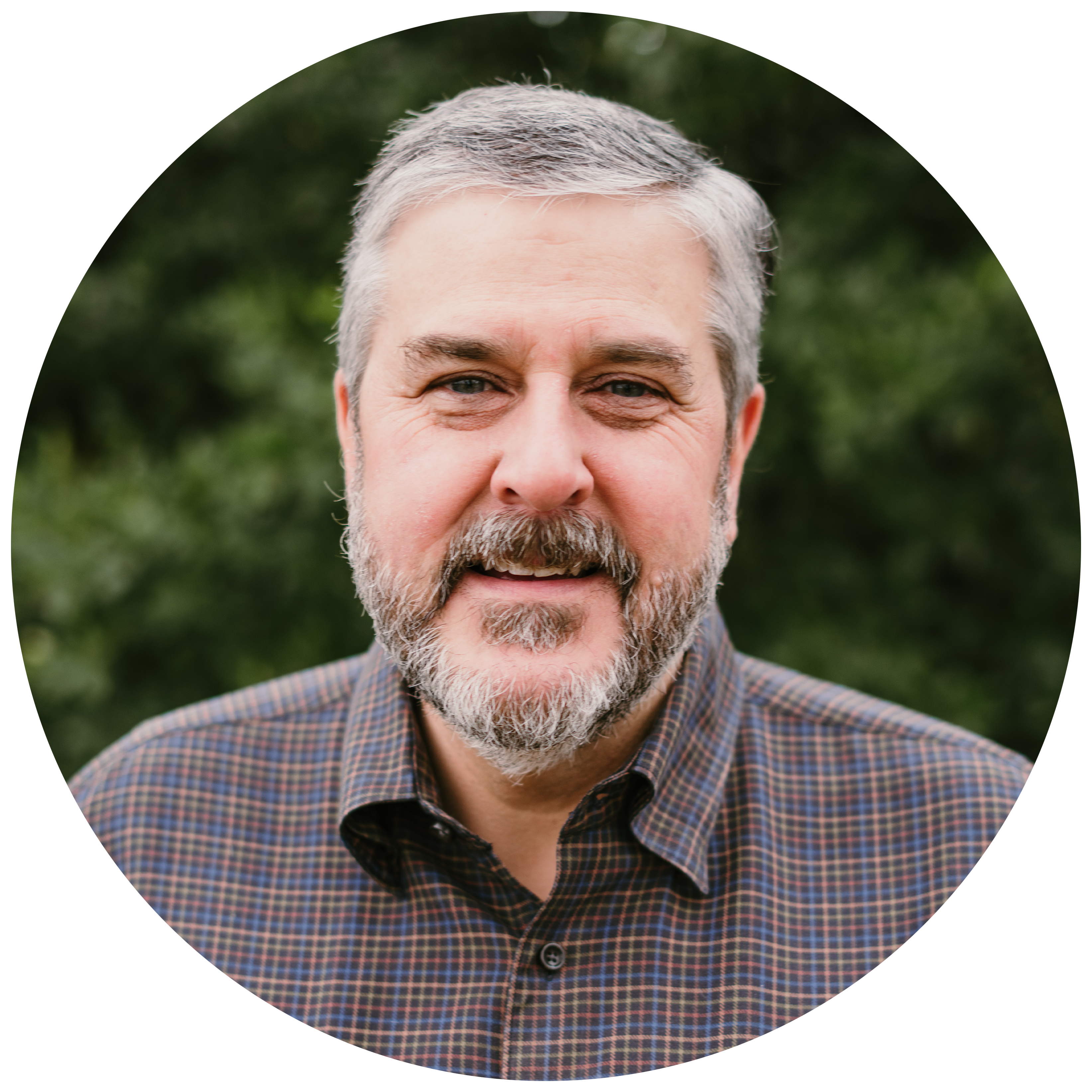 Tom came to FBC Lindale in 2006. He previously served as the Senior Pastor of Riverside Baptist Fellowship in Florida, a position he held for 12 years. He is a graduate of the Moody Bible Institute (B.A. in Pastoral Ministries and New Testament Greek), Dallas Theological Seminary (Th.M. in Bible Exposition), and The Southern Baptist Theological Seminary (D.Min. in Expository Preaching). Tom and his wife Jennifer met at Moody Bible Institute. Jennifer shares Tom’s passion for the local church and the message of God’s grace, and is a godly mother to their three children: Dallas, Madison, and Jackson. Tom is quite the sports fan, particularly of the Dallas Cowboys.

Tom has a strong passion for the local church and a desire to lead the church to be Word-centered in everything it does. He is committed to the expositional preaching and teaching of God’s Word, and he generally works through a book of the Bible in his preaching series.

Tom says: “Although many churches experiment with countless models of ministry to pursue success, I believe that the Gospel must be what shapes and evaluates everything the church does. Faithfulness to the Gospel is the ultimate measure of success and it alone contains the theology that must drive the ministry of the local church. Therefore, a successful church is one that is Christ-centered to the core and Word-driven in everything it does. This commitment is what enables and informs our participation in God’s redemptive purposes.” 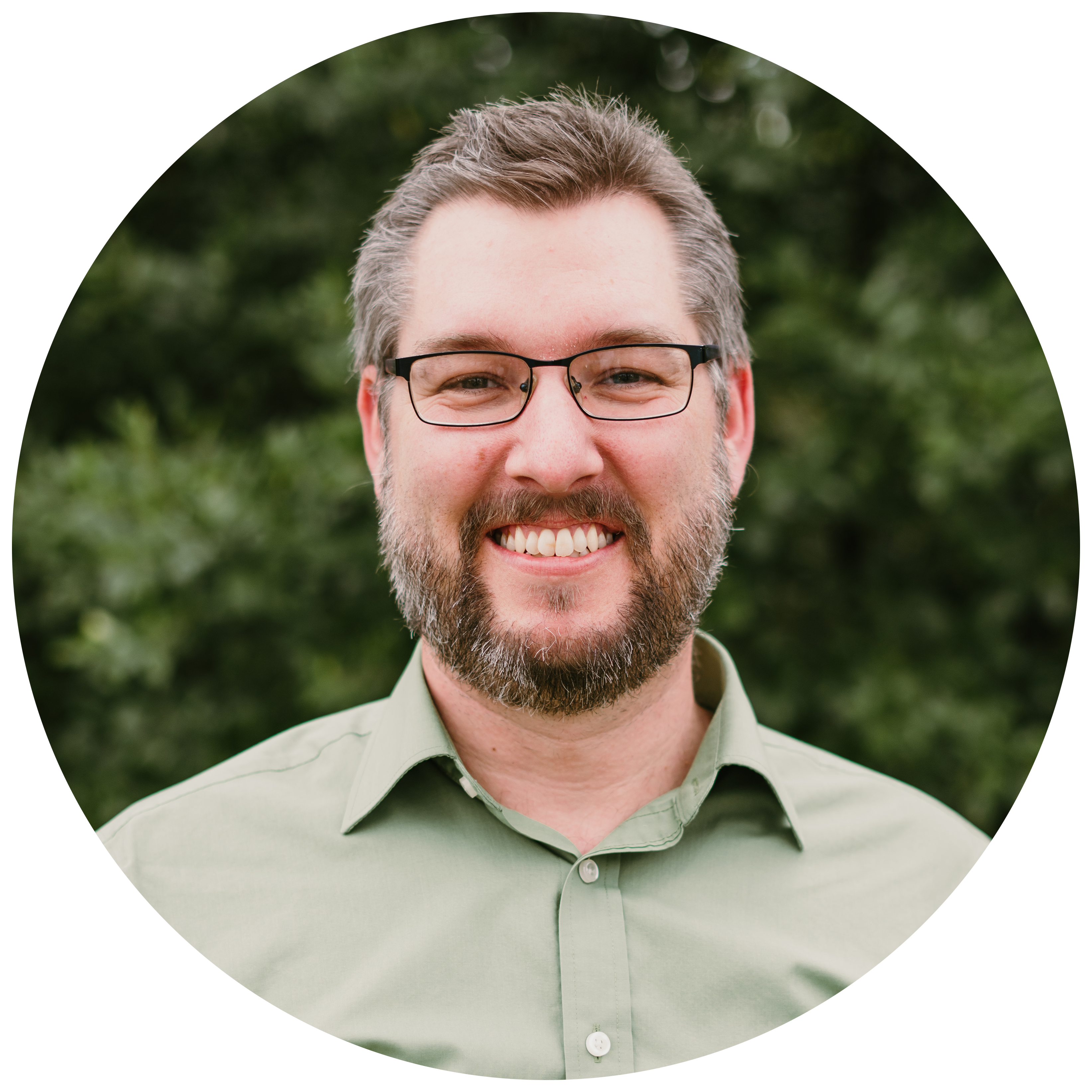 Before becoming a pastor, Gabe worked in Christian radio with his own radio show from the age of 7. His dad taught him how to read the Bible and use Scripture to interpret Scripture. He committed his life to Christ at a very young age but was not baptized until he was in High School. Gabe started doing pulpit-supply and preaching in churches beginning at the age of 17. Within a few years, he had preached in nearly a hundred churches across Kansas, Oklahoma, Eastern Colorado, and the Texas Panhandle. Gabe was pastor of First Southern Baptist Church in Junction City, Kansas for 10 years, and began work at FBC in September 2020. He and his wife Beki have four children: Annie, Zachary, Aria, and Mariah.

Applying his knowledge of broadcasting, Gabe began an online video ministry called When We Understand the Text (WWUTT). He also started a podcast teaching verse-by-verse through the Bible 5 days a week. Gabe loves to teach the Word of God, so that many others would come to faith in Jesus Christ and be saved, and “to equip the saints for the work of ministry, for building up the body of Christ” (Ephesians 4:12). He is an expository preacher who took his church in Junction City, Kansas, through more than 40 books of the Bible, whether through preaching or in Bible classes. 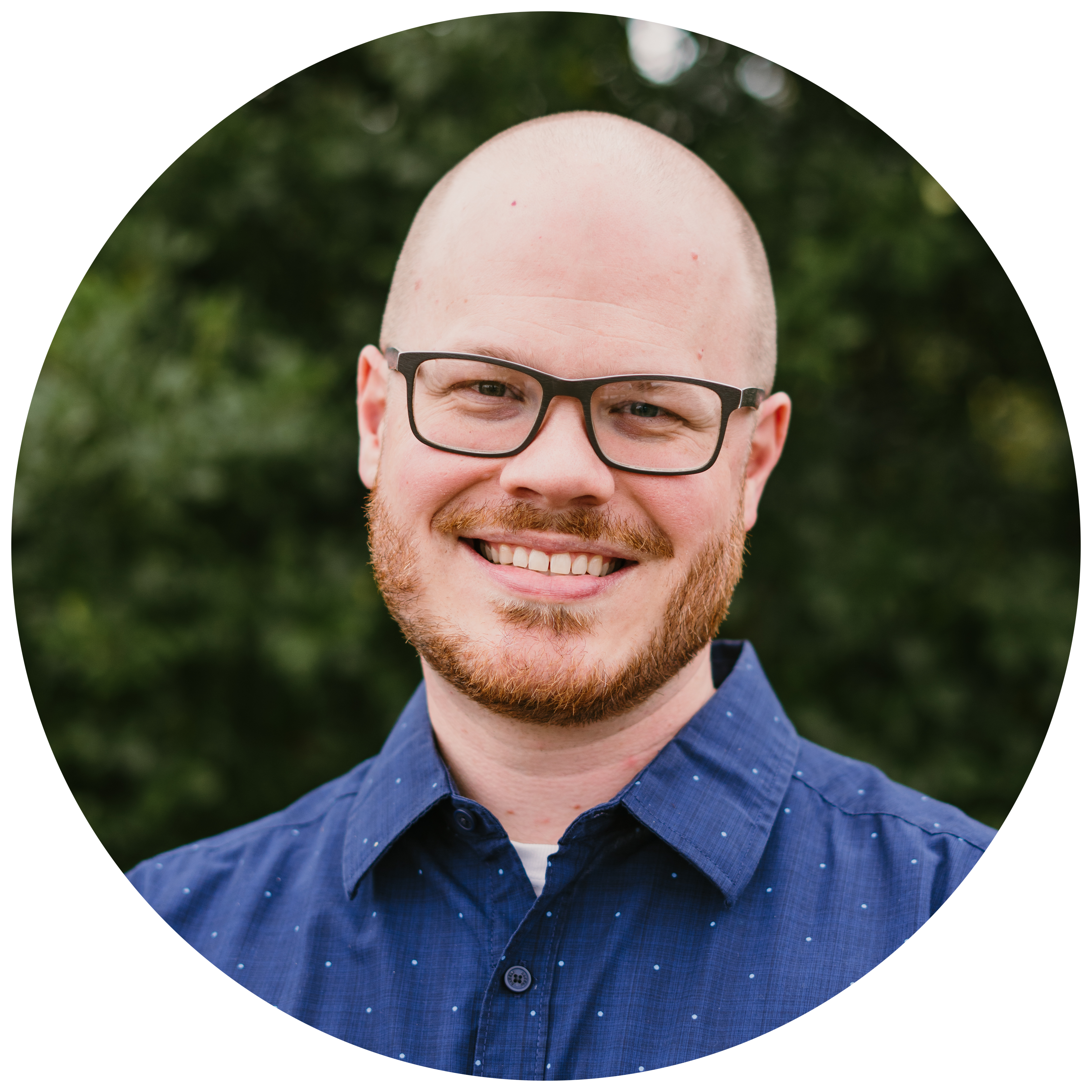 Andrew was born and raised in the upstate of South Carolina. He is a Graduate of the Fine Arts Center of Greenville County (Jazz Guitar) and has a music degree (Classical Guitar) from Anderson University as well as a Master of Divinity in Church Music (Composition) from New Orleans Baptist Theological Seminary. Andrew has served as a music minister since the age of 19 and began work at FBC Lindale in October of 2009. He enjoys working with a choir and band at FBC and takes great joy in working to unite a multi-generational congregation in worship. Andrew married Meghan in 2016, who teaches math and serves the church in various ways. They have one daughter, Eliza.

In regards to the music of the church, he says, “My ministry objective is to glorify God by equipping the saints, edifying the church, and testifying to the gospel by utilizing gifts God has graciously fostered in the local church. I have a strong heart for Word-driven multi-generational worship, and I try to employ excellent music from many appropriate styles. As I strive to promote excellence in our church music, I find great joy in seeing believers align their lives and Jesus' church with the standards of Scripture.” 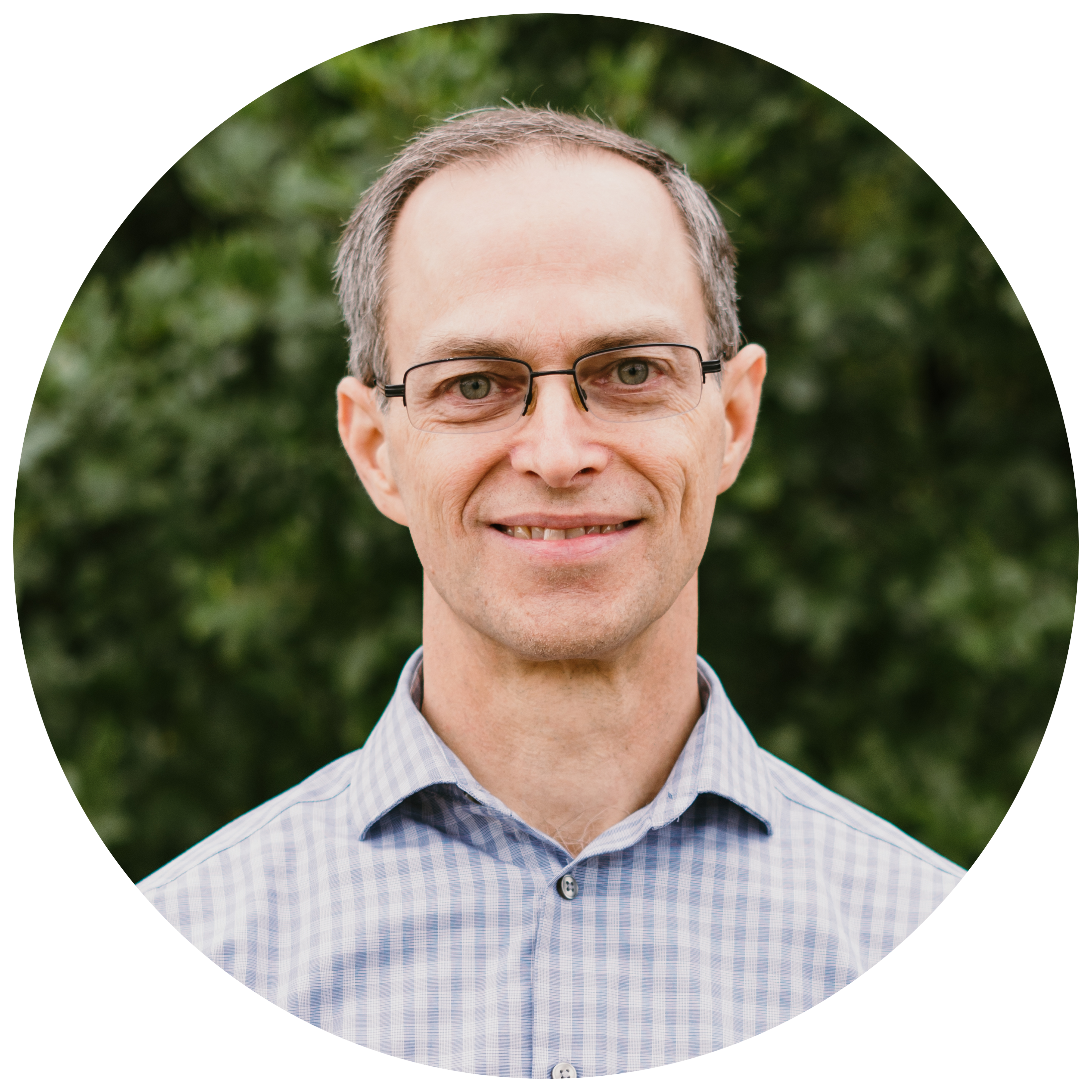 Mark began working in the field of software development after earning a Mathematics degree from Cedarville College in 1982, where he met his wife, Gail. They were married the following year and raised four children who are now married and raising children of their own. During these years Mark served the church as a teacher, deacon, elder, and in various other ministries, with Gail's help and support, and her passion for Titus 2 ministry to women. They came to FBC Lindale in 2015 where Mark serves as teacher of the Veritas Sunday School class, as well as providing administrative and theological help for FBC as a part-time Pastoral Assistant. He became an unpaid pastor for FBC in October 2020.

Because Mark highly values expository preaching and sees the need for men to be trained in the original languages in order to best carry out this task, he began seminary education in 2005 to prepare for teaching New Testament Greek to men who are studying to be pastors and teachers of God's Word. He completed a M.A. degree at Calvary Theological Seminary in Kansas City, Missouri and a Ph.D. degree at Baptist Bible Seminary in Clarks Summit, Pennsylvania, and now teaches part-time as an adjunct seminary professor. 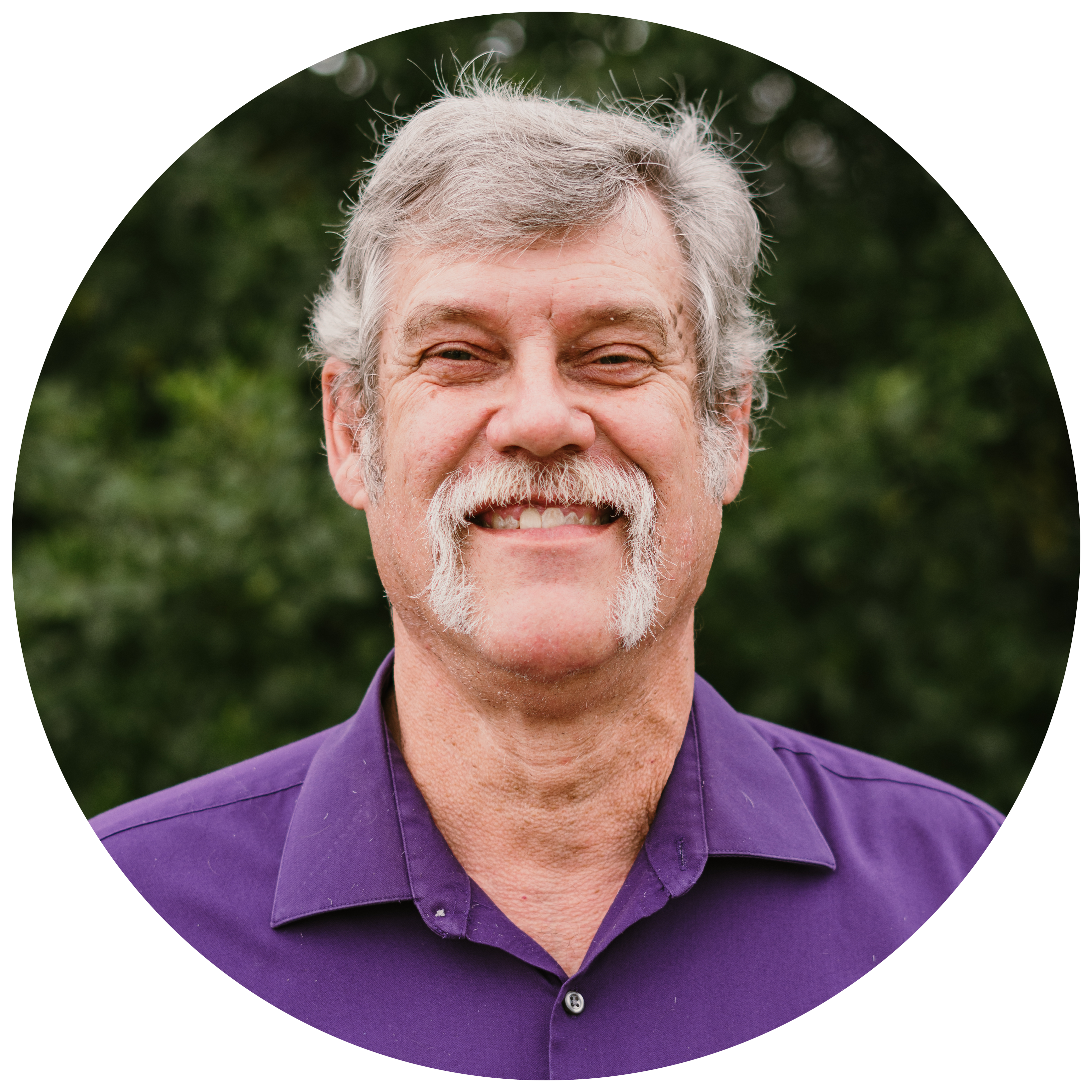 Doug serves as the Sunday School teacher of the Encouragers class and also chairs the Nominating Committee. He became an unpaid pastor for FBC in October 2020. He and his wife, Debbie, have been married since 1986 and have been members of FBC since 2013. He graduated with his Masters of Divinity from the Southwestern Baptist Theological Seminary in 1993 and his Bachelors in Church Administration at East Texas Baptist University in 1986. Doug works for Rudd Plumbing. 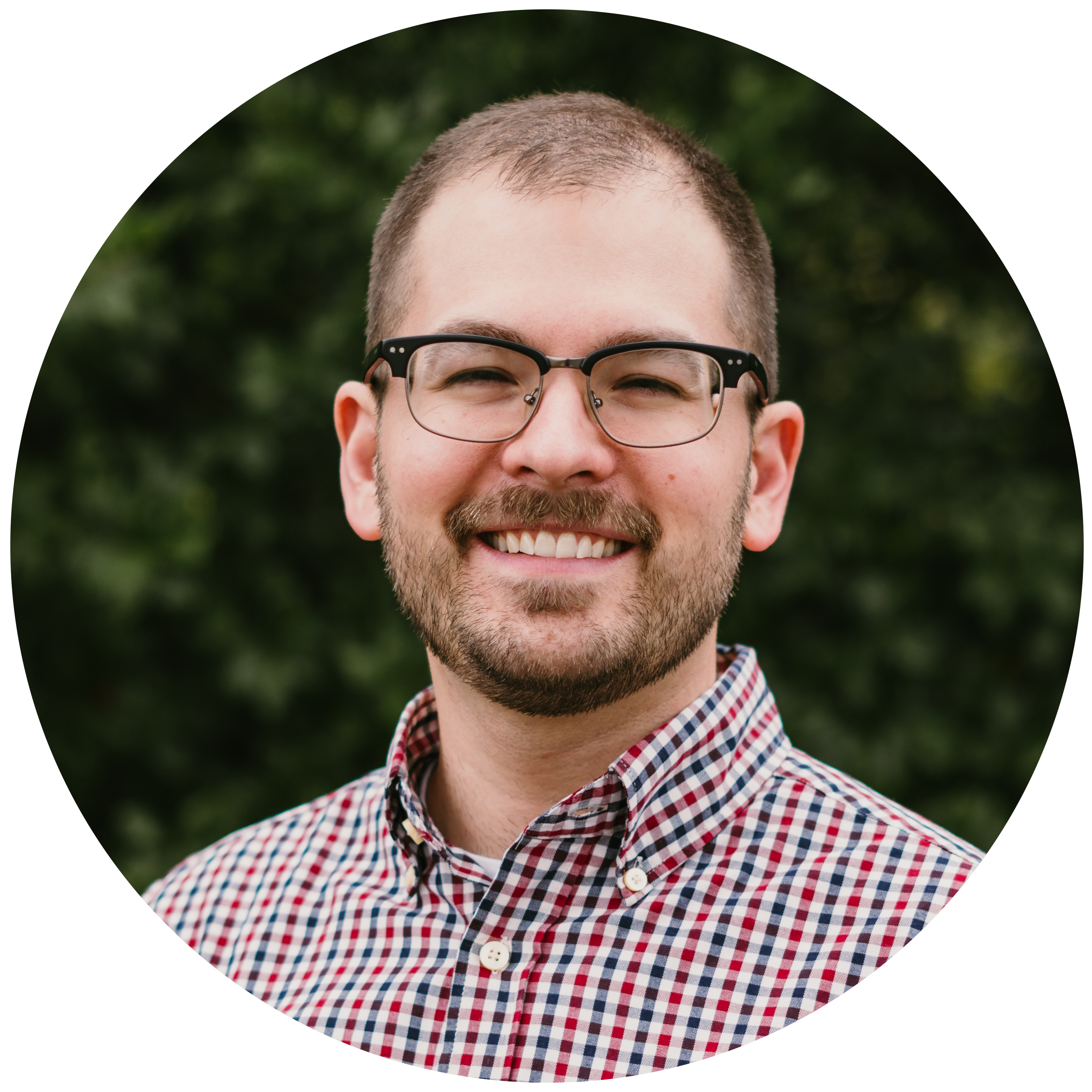 David grew up in a military family and has lived in many wonderful places, but the ten years he spent in Houston were the best. After living eight years in Kentucky, he is glad to be back in Texas, which he considers to be his home. He holds a degree in Missions from Boyce College, and a Master of Divinity from The Southern Baptist Theological Seminary in Louisville, Kentucky. David married Hollie in 2009, and they are blessed to have two children: Henry and Charlotte.

David began working at FBC Lindale in September of 2016. He has a passion to support the strength of worthy men and is glad to be able to further the ministry of the pastors of the church.

Previously, David has served as a pastoral intern at Fellowship Church in Louisville, Kentucky and as a pastor’s assistant.

As to his ministry to senior adults, David says, "My deep desire is to see those in the richest season of their life have hearts that are full of thankfulness and joy in the Lord. I am encouraged to be surrounded by saints that can testify that the promises of the Lord in His Word are sure. What a blessing it is to ‘bear fruit even in old age’ and to be ‘full of sap and evergreen’ (Psalm 92:14).” 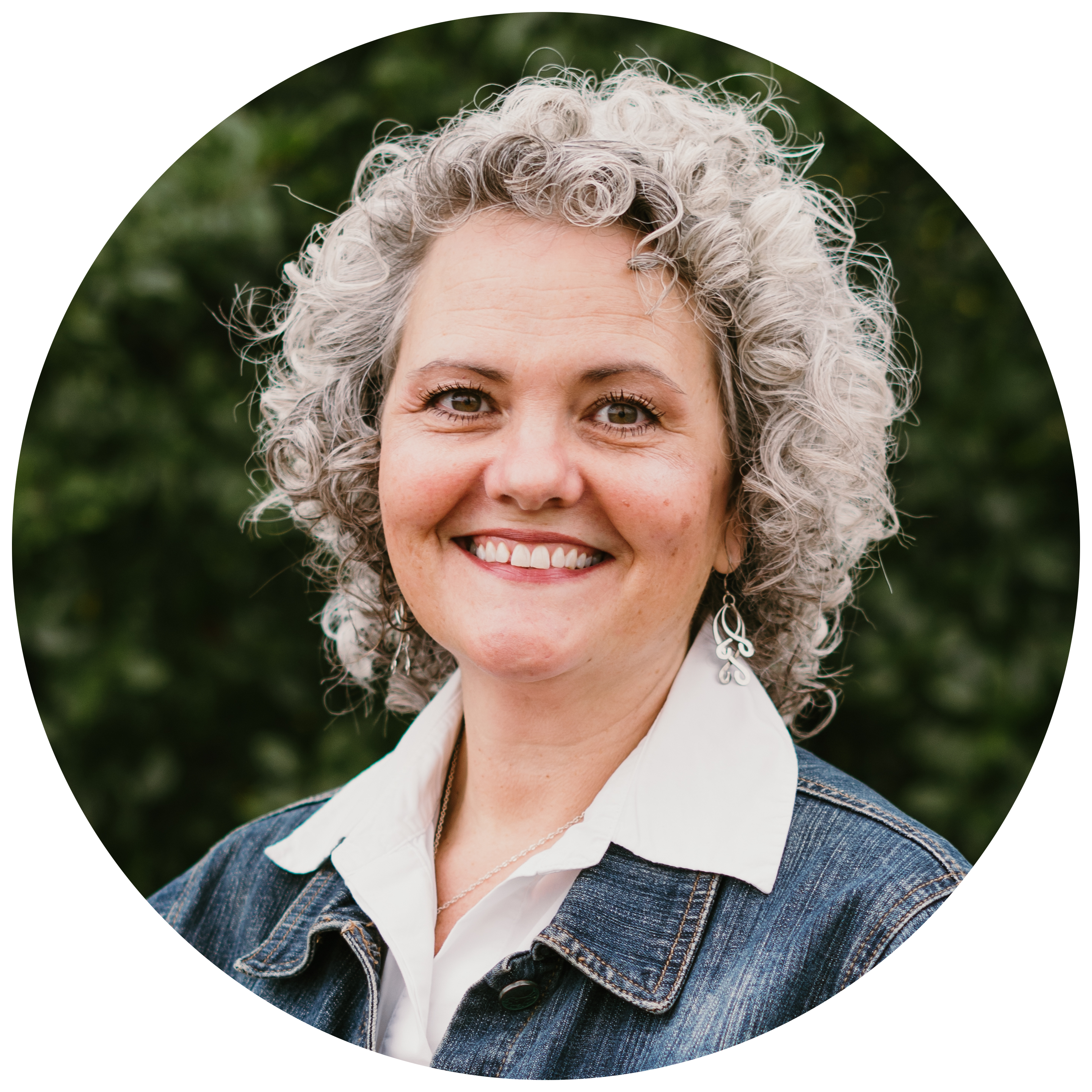 Hollie and her family have been members of FBC since 2006. She feels strongly about the church’s role in equipping and supporting parents as they disciple their children. Hollie believes children are a gift from the Lord; but, parenting is hard work and they need to know they are not alone in this journey.

Hollie has spent the last 30+ years serving alongside her husband, Kevin, in various ministries. She served as Children’s Minister of FBC Levelland, before moving to Lindale. Upon arriving in Lindale she began working in the LISD school system. Hollie holds a BAAS degree.

Hollie and Kevin met at Hardin Simmons University and married in 1988. They have three grown children and are happy to be called "Honey & Pops" by their grandchildren. She feels blessed to be serving at FBC Lindale, alongside parents of these precious gifts from God. Hollie feels the Children’s Ministry plays a vital role in the church and must be in unity with the other ministries to bring lost souls to the saving knowledge of Jesus Christ that we might have a right relationship with our Heavenly Father. 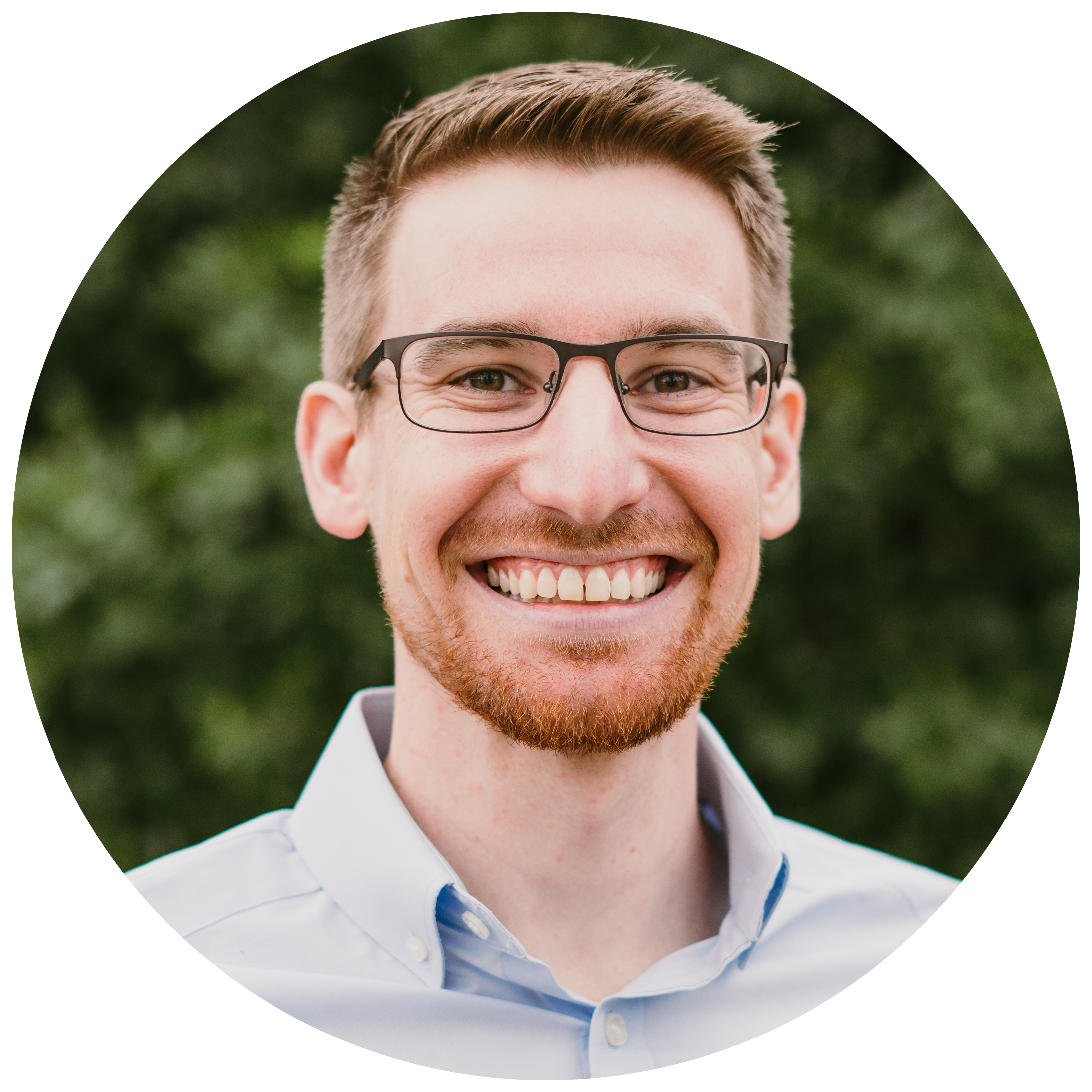 Erik became a member of FBC in 2015. Prior to his time at FBC he worked at a Christian summer camp in Texas and Colorado. He was born in Ohio, but spent the majority of his life in Carrollton, Texas. Erik graduated from Howard Payne University in 2014 with a bachelor’s degree in history and political science. He earned a master’s in theology in 2017 from Dallas Baptist University. He came to Lindale to work at Sky Ranch. While working there he got plugged in at FBC serving with the youth group. Through this he got to know the students and spent time investing in their lives through activities and intentional conversations. In May 2017 Erik joined the FBC Staff. He married his wife Jaclyn in July 2018. They have one son, Jonathan.

Erik grew up attending church, but did not grasp the reality of the gospel until the summer after his freshmen year of college. He is passionate about equipping students to own their faith and equip them as they prepare to leave for college. His hope is to help train and equip them alongside the students’ parents to live a life in service to God. Erik is committed to faithfully preaching the gospel to students.

Stay informed about our upcoming weekly
and special events.

Audio and video files are available for download, streaming, or podcast.